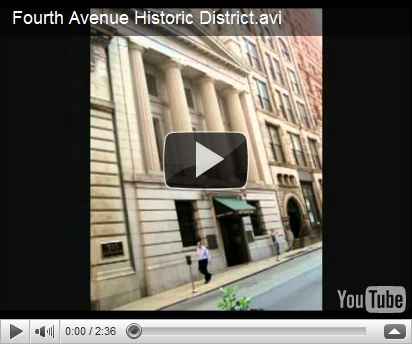 The Marcellus Shale gas boom in Pennsylvania has had everyone talking. It’s created a gold-rush mentality among many while many decry the negative effects it has produced.

But it’s old news for the western side of the commonwealth, as the same thing happened after Edwin Drake’s well first produced oil near Titusville in 1858. Before long, oil companies, including one in which Andrew Carnegie was an investor, and wildcatters were drilling on any parcel of land they could acquire. 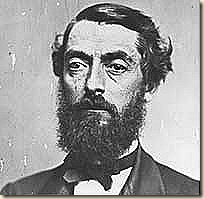 Boomtowns as sinful and rowdy as any in the Wild West sprang up overnight as thousands of men poured into the area trying to get their piece of the action.

The petroleum, or rock oil, which previously had been thrown away as useless, became valuable when Pittsburgh inventor Samuel Martin Kier discovered a method of refining it into kerosene to replace whale oil as fuel for lanterns.

Kier set up the nation’s first commercial refinery at Seventh Avenue and Grant Street in downtown Pittsburgh, now the site of the U.S. Steel Building.

He never patented his process, so others set up their own refineries in the city, making Pittsburgh the center of the industry. 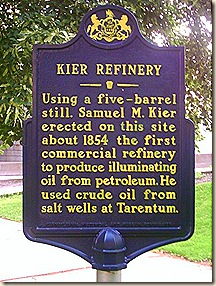 Those fortunes joined the ones amassed by the steel industry that dominated the city and the region. The steel firms of Carnegie, Henry Clay Frick, their partners and their competitors all piled up plenty of cash in those days of low, low corporate taxes and no income tax.

To handle all that wealth, banks and brokerages – even the Pittsburgh Stock Exchange -- sprang up on Fourth Avenue in downtown Pittsburgh, leaving behind architectural treasures that prompted the formation of the Fourth Avenue Historic District.

Since I wanted to use more than a few photos of what became Pittsburgh’s “Wall Street,” I created another video slideshow of the area, which entered the National Register of Historic Places in 1985.

(Yes, I wasn’t happy with my last video creation experience, but I followed the keep-it-simple-stupid game plan, so it was much less trying and time consuming.)

The first building is the Dollar Savings Bank. Founded in 1855 as the Pittsburgh Dollar Savings Institution, its directors commissioned Isaac H. Hobbs & Sons of Philadelphia to design a headquarters building, which opened in 1871 and still serves today's Dollar Bank.

It was built largely of Connecticut brownstone and granite, with marble and brass features inside.

The Dollar Bank was added to the National Register of Historic Places in 1976.

The next structure in the video is the Times Building, which was designed by architect Frederick Osterling for political boss Christopher Magee to house his newspaper, the Pittsburgh Times, in 1892.

Although they probably never met, Osterling certainly was under the influence of  H.H. Richardson when he designed the eight-story structure.

Osterling also designed the Arrott Building, which follows Daniel Burnham's Union Trust Building – the first of 11 buildings the renowned Chicago architect would complete in Pittsburgh – for Frick in 1898.

The basic Classic Revival building with a row of Doric columns in the front is now the home of the Engineers Society of Western Pennsylvania, which has an intimate restaurant in the basement vault.

Other buildings in the video include the Peoples Savings Bank, Union National Bank and the Commonwealth Trust Company.

Today, it’s hard to fathom that only the national banks of New York City held more money than those on this narrow street. But the size of those bank buildings is a dead giveaway.