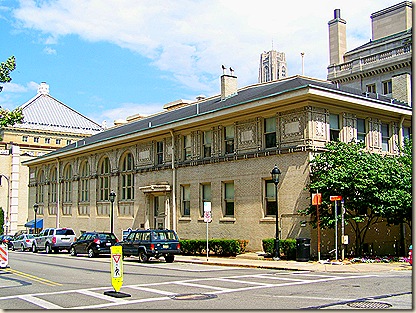 The building now called the Gardner Steel Conference Center has served many functions since it was completed in 1912.

It began its life as the home of the Central Turnverein, a German-American social and athletic association, which later was known as the Central Athletic Association. 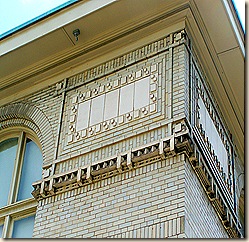 Right: A detail on the corner of the building.

To relieve crowded conditions at the dental school, Pitt bought the structure in 1920 and built an annex to hold 200 dental chairs.

It also housed the now-defunct Pitt Club, a faculty and staff club, and what would become the Pitt Alumni Association, which later moved to Alumni Hall.

The building’s name honors 1891 Pitt graduate Gardner Steel, who made his fortune investing in the Oklahoma oil  boom. A member of one of the university’s first football teams, left most of his $300,000 estate to Pitt when he died in 1928.

The Gardner Steel Conference Center is a contributing building to the Schenley Farms National Historic District and is listed by the Pittsburgh History and Landmarks Foundation. 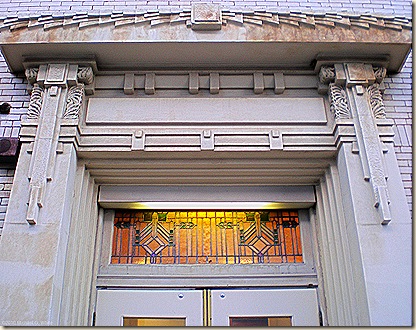 The Thackeray Avenue entrance and its art glass transom.