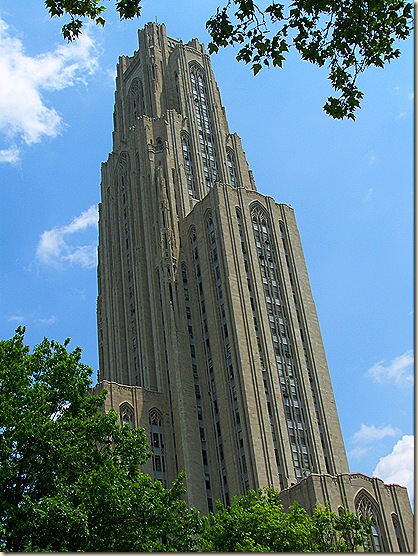 Pitt’s Cathedral of Learning towers over Oakland and the East End.

The Cathedral of Learning was created to make a statement about the importance of education in Pittsburgh.

Chancellor John Bowman, who took office in 1921, had a vision for a “tall building” to do that job and to provide more space for the growing university.

Bowman explains his inspiration in this quote:

The building was to be more than a schoolhouse; it was to be a symbol of the life that Pittsburgh through the years had wanted to live. It was to make visible something of the spirit that was in the hearts of pioneers as, long ago, they sat in their log cabins and thought by candlelight of the great city that would sometime spread out beyond their three rivers and that even they were starting to build. 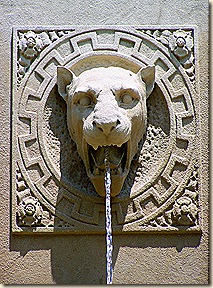 Left: This panther-headed fountain graces the Bigelow Boulevard side of the Cathedral of Learning.

Frick Acres was the name of the eventual site, which, with help from the Mellon family, the university bought in November 1921.

Philadelphia architect Charles Klauder, a master of the Gothic style, was assigned the task of marrying that form to a skyscraper. It took Klauder two years to develop the plans, and the project didn’t begin until 1926

Bowman fearlessly championed the building’s construction and didn’t let objections by some in the Pitt and Pittsburgh communities to such a tall structure or the Great Depression keep him from reaching his goal.

Construction on what would become the tallest educational building in the Western Hemisphere was completed in 1934. Part of the money to build the 42-story structure came from the dimes of school children, who received a certificate to indicate the contribution of one brick. 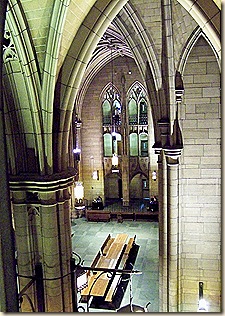 Students can study in quiet in the Commons Room because of the Guastavino acoustical tiles that act as the stones between the ribs of the vaulting.

A unique feature of the Cathedral of Learning is the Nationality Rooms that were furnished by the ethnic groups who immigrated to Pittsburgh.

The building, which students have called “the drunken compass” because it can be seen throughout the East End, joined the National Register of Historic Places in 1975.

Much more information about this fascinating place can be found at Wikipedia. 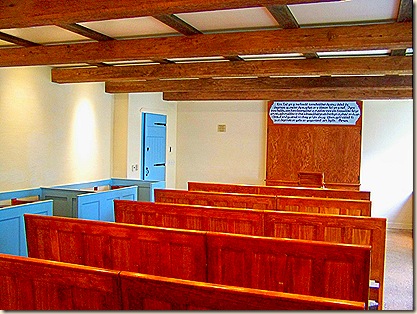 This reproduction of a Welsh schoolroom is one of the 27 Nationality Rooms in the Cathedral of Learning.