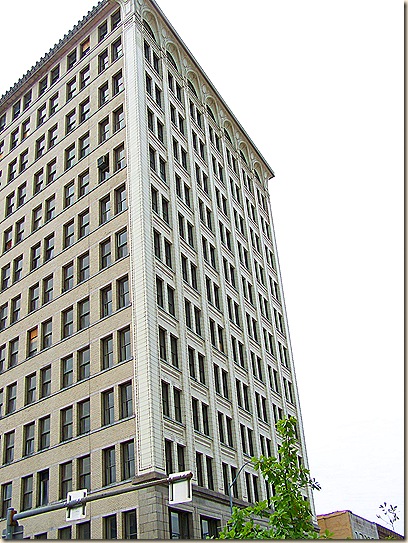 Near East Liberty Presbyterian Church is the Highland Building, another skyscraper Daniel Burnham built for Henry Clay Frick in 1909.

From about 1850 to 1950, East Liberty was the third-largest business district in Pennsylvania,  after Philadelphia and Pittsburgh, so its no surprise that Frick, whose returns from real estate deals nearly matched the pile he made from his coke empire and with Carnegie Steel, would want to be where the action was.

In “Pittsburgh, A New Portrait,” Franklin Toker writes that  Burnham copied features from buildings by his bête noire, Louis Sullivan, who has been called the father of modern American architecture.

Sullivan didn’t hide his distaste for the Beaux-Arts “White City” Burnham helped realize for the 1893 World’s Columbian Exposition in Chicago. Sullivan, who coined the term “form follows function,” wrote in his autobiography that Burnham set the course of American architecture back “for half a century from its date, if not longer.”

This East Liberty landmark, which has stood empty for decades, has been the target of several redevelopment plans – all of which failed.

But recent efforts to turn it into a hotel are getting closer to fruition as state funding for a parking garage , which the potential developers say they need to make the plan viable, has been approved.

While definitive plans for the hotel conversion still haven’t been put forward, the future of the Highland Building is brighter than it has been in nearly 40 years.

Here’s hoping this comes to pass because it would be a huge contributor to the turnaround of East Liberty. 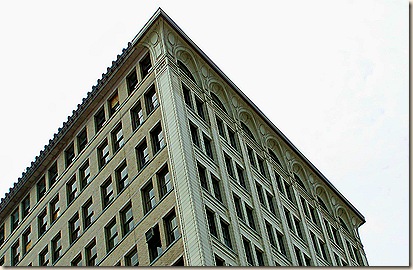