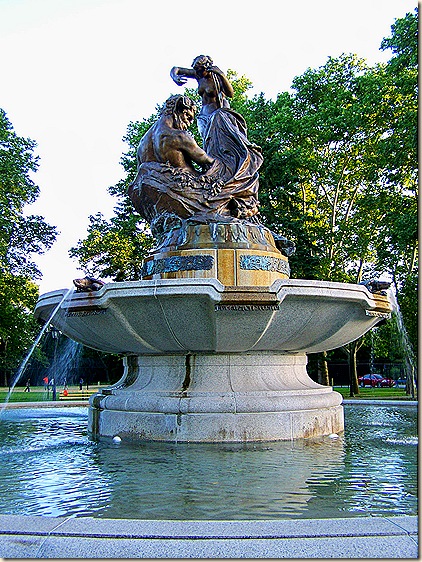 The fountain was completed in 1918 and is a bronze and granite salute to Mary Schenley, who in 1889 donated 300 acres of her vast Pittsburgh holdings for what would become Schenley Park, the jewel of Oakland. 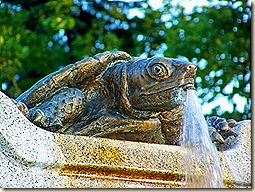 Right: One of the four turtles that spews water into the fountain’s basin.

The statue is titled "A Song of Nature," and the fountain was a collaboration between Beaux-Arts designer H. Van Buren Magonigle, a noted designer of memorials, and Victor Brenner, the designer of the Lincoln penny.

Reflecting the time it was created, the statue is a cross between Art Nouveau and Art Deco, and represents the sleeping Earth god Pan being awakened by Harmony, who plays a harp for him.

The fountain is supported by Bellefield Bridge, which was  buried when what was known as St. Pierre’s Ravine was filled in in 1915 to create Schenley Plaza.

The fountain is a contributing element of the Schenley Farms Historic District. 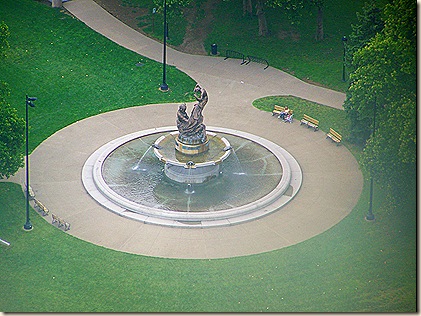 A shot of the Mary Schenley Memorial Fountain’s site in Schenley Plaza from the Cathedral of Learning. (A dirty window reduced the photo’s quality.)