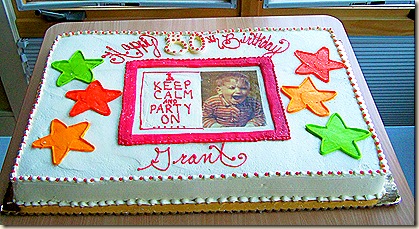 On Saturday night, my good friend and fellow X-8 brother Grant celebrated his 50th birthday in a big way with a catered affair at his deluxe accommodations on Walnut Street.

Hamburgers cooked to perfection on Grant’s fabulous infrared grill were prepared for Pittsburgh friends, as well as friends and family who made the trip from Canada to honor the birthday boy.

It was great to meet some of the folks who play big parts in Grant’s life. The good feeling floated across his backyard like the smoky haze from the cooking burgers.

However, the party ended much too early for me after I suddenly became dizzy. It was fortunate that I decided to sit on a large cooler because no sooner than my friend Richard asked me if I was OK, I fell over in a dead faint.

I also was lucky that Grant and his friend, Chris, are doctors and took command. They then appraised my situation and summoned paramedics.

Because my blood pressure was abnormally low, everyone advised me to take a trip to the Shadyside Hospital ER.

It turns out I was dehydrated. I neglected my hydration program Saturday and paid the price on a sultry summer evening. But an IV quickly set things right.

Even though I was quite embarrassed by what happened I’m just glad it didn’t put a damper on the festivities, because I know that Grant and his ladylove Katie had worked hard to put it all together.

But I’m immensely more happy that I had good friends to look out for me in my time of need.

There’s no price you can put on that.

(Along with the photo above, I’ve posted a few party shots at Flickr. Although they were captured early in the evening – and I got none of the man of the hour – there are some fun snaps. Check them out if you are so inclined.)