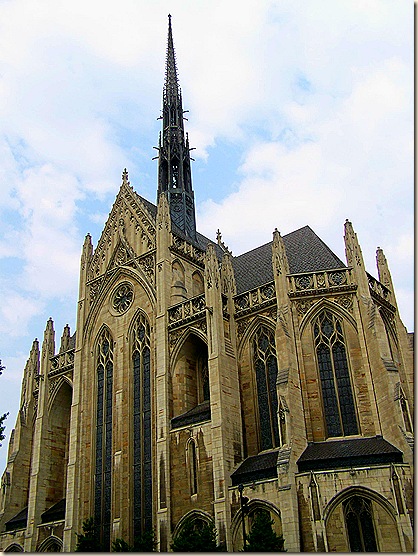 Near the Cathedral of Learning on the Pitt campus stands Heinz Memorial Chapel. Designed by architect Charles Klauder, who also designed its much-taller neighbor, based the chapel on Sainte-Chapelle in Paris, Mont-St.-Michel and St. Maclous in Rouen.

The idea for the chapel began with H.J Heinz, the founder of the Pittsburgh-based worldwide food empire, who saw it as a way to honor his mother, Anna Margaritta Heinz. 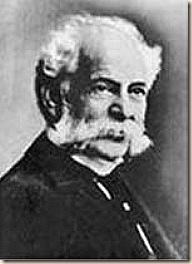 In 1914, Heinz gave $100,000 to Pitt for what he stipulated to be a chapel  "exclusively used for the religious and social activities of the student body of the university."

Upon Heinz’s death in 1919, his three children, Howard, Irene, and Clifford, decided to bolster the endowment to create a memorial for both their father and grandmother.

Howard Heinz, Pitt chancellor John Bowman and the university’s business manager, aided by a couple of high-level clergymen, were the driving force in seeing the chapel project through to completion.

Their efforts were needed as the groundbreaking didn’t come until 1933, the cornerstone wasn’t laid until 1934, and the chapel didn’t open until November 28, 1938, shortly after it’s pipe organ was installed.

The chapel is used for interdenominational services and weddings of Pitt students, alumni, faculty, staff, and members of their immediate families. Employees of the H.J. Heinz Co. also can be married there.

It’s such a highly popular site for weddings that some parents of incoming female students make a reservation for a future wedding when they bring their daughters to the university for their first freshman semester.

While the stonework of the neo-Gothic building is superb, the real gems of Heinz Chapel are the 23 windows Connick created, including the 73-foot tall transept windows, which are among the tallest in the world.

Along with the usual religious suspects, the windows feature the likenesses of such secular figures as Bach, George Washington, and Daniel Boone.

For information, visit Wikipedia and the Heinz Chapel website.