This memorial erected to honor the memory of industrialist George Westinghouse has graced Schenley Park since 1930.

I’ve detailed the monuments and landmarks ruthless Gilded Age business tyrants like Andrew Carnegie, Henry Clay Frick, and the Mellons built for themselves to display their wealth and power, and as a way to achieve immortality.

They pretty much had to bestow such honors upon themselves because the employees they squeezed to earn their large fortunes weren’t going to do it.

However, George Westinghouse was a different case. 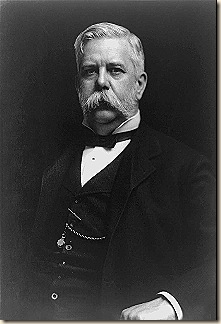 Right: George Westinghouse from the Library of Congress

The man who made complex transportation systems possible with the invention of the railroad air brake and who made the production and transmission of electricity over vast areas possible was beloved by the workforce that stretched from East Pittsburgh around the world.

The working population held Westinghouse in high esteem because he believed an employer could make huge profits while treating his employees in a humane fashion.

At the company town created in Wilmerding for the Westinghouse Air Brake Company, the concern for living conditions, as well as the educational and cultural growth of employees and their families, was paramount. 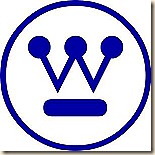 Although Westinghouse lost control of his companies after a financial downturn in 1907 and he died in 1914, the nearly 55,000 workers at his former firms decided they wanted to do something to honor him.

To that end, the employees chipped in to erect a monument in Pittsburgh, the heart of Westinghouse’s industrial empire.

The Westinghouse Memorial is an elaborate sculpture that once faced a small pond and a fountain in a picturesque spot in Schenley Park, not far from what was the campus of Carnegie Tech.

Architects Henry Hornbostel and Eric Fisher Wood designed the monument and the surrounding landscape, including the pond, trees, and location of black granite benches. 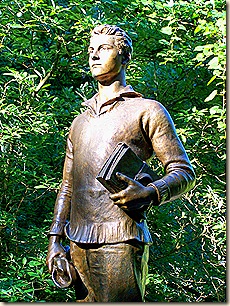 Right: “The Spirit of American Youth”

The organizers chose sculptor Daniel Chester French, who also created the statue in the Lincoln Memorial, to design the sculptures, including a statue titled “The Spirit of American Youth,” a snapshot of a young man taking inspiration from the life of Westinghouse.

The center portion of the monument depicts Westinghouse between a mechanic and an engineer, with the surrounding panels (created by sculptor Paul Fjelde) illustrating Westinghouse’s achievements.

At the monument's dedication Oct. 6, 1930, which was broadcast by KDKA and Westinghouse radio stations in Chicago and Boston, all the bronze figures and reliefs had been covered in gold leaf. After the festivities, Hornbostel said that finishing touch, "will be enhanced by the smoky atmosphere of the city, [and] will endure for thousands of years, as is shown by traces of gold still to be seen on the monuments of the Roman Caesars."

However, the work of vandals forced the removal of the gold leaf in 1941.

On dedication day, nearly 15,000 people crowded the memorial site to hear the speeches and bands that were part of the festivities. A lavish banquet for the movers and shakers who came to honor Westinghouse was held the night before at the William Penn Hotel.

Reporters and photographers from Pittsburgh newspapers were on hand to record the ceremony for their readers and posterity.

Here is how the Post-Gazette’s reporter described the scene for a Page 1 story in the Oct. 7, 1930, issue:

On the eighty-fourth anniversary of the inventor's birth, the nations of the world joined hands in extolling the character of the man who had rendered an "inestimable service to mankind and whose contributions to industry played so large a part in the progress of civilization."

An admiring crowd that began to gather in the park during the early afternoon grew to immense proportions before the program was started and stretched far out over the adjoining hillsides with thousands content to stand through the proceedings.

“It was he who first made safety the handmaiden of speed. It was he who was a leader in multiplying the world's motive power on land and sea. It was he who brightened the pathway and lightened the burden of God's children as they toiled and traveled on their never-ending journey down the ages.”

After Burke's address, the unveiling took place to the accompaniment of the combined Westinghouse bands, with the industrialist's nephew, Herman Westinghouse Fletcher, in charge. Westinghouse’s brother, H.H. Westinghouse, also was in attendance.

The Press also set the scene in a Page 2 feature:

Men from workshops which rest their foundations on the inventive genius of Westinghouse joined with leaders assembled from throughout the nation in dedicating the George Westinghouse Memorial in Schenley Park yesterday.

Representing the employees who funded the memorial, George Munro, a foreman at Westinghouse Air Brake Company, said, "Those who knew him best loved him most. … This memorial, in its beauty, symbolism, and strength, typifies the character of Westinghouse." 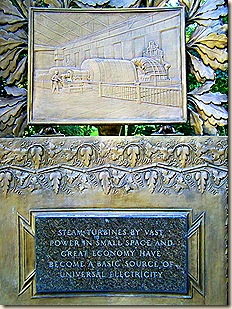 Left: One of the tablets extolling Westinghouse’s achievements.
“George Westinghouse was a master builder of this economic nation, which is more truly represented by the genius ability of this country than the documents of all its lawyers,”  Beck said.

Kline told the crowd, “Time may cause this memorial to decay, but when a thousand years have passed, the readers of history will find still brilliant the name of George Westinghouse.”

In a statement sent by Treasury Secretary Andrew Mellon to be read at the ceremony, he wrote, "George Westinghouse earned an important and permanent place in history by his many contributions to the advancement of civilization.”

This was the lead of the story that was buried inside the Hearst-owned Sun-Telegraph:

Industrial giants of many nations paid tribute yesterday to the memory of a boy who toyed with trinkets -- to George Westinghouse, who gave the world 400 inventions and almost single-handed revolutionized modern mechanics.

In a supposedly exclusive column for the Sun-Tribune, but which bears the name of the McClure Newspaper Syndicate, former president Calvin Coolidge wrote from Boston:

“George Westinghouse had that combination which is so rare of both inventive and business genius. ... Because he lived, industrial life is more human, more safe and more productive. He ranks as one of the great benefactors of mankind.”

All in all, it was quite a fitting day of tribute for a giant who had a huge impact on his world.

And the monument that was the centerpiece of that day remains an impressive one, although the pond and fountain that once graced the site are filled with sediment and weeds.

According to an Aug. 25, 2011,  blog post on the Pittsburgh Parks Conservancy Website, the organization and the city have teamed up to create a plan to restore the pond.

However, 11 months later, there has been no update on how the planning is progressing. The only information I could find was an April 4 response to a comment on the original blog post that states the city had taken the lead in the design and cost estimation process.

The clock is ticking for starting construction this season, but I hope the city and the conservancy can get their ducks in a row to restore the pond to its former beauty. 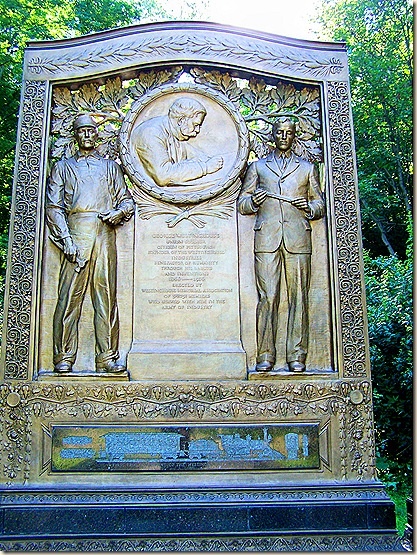 A portrait of George Westinghouse sits between a depiction of a mechanic and an engineer in the centerpiece of the memorial. 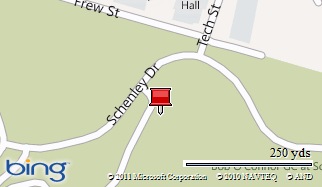 How can we connect offline?


Al-Tamayoz Al-Janoubi Company for Home Services Cleanliness is one of the most important things that a person must pay attention to in order to protect the public health from the diseases that may affect the person because of the presence of piles of garbage, which may be close to the place of residence. The external environment is polluted and filled with very harmful microbes. The cleaning world is better than the treatment, and we in our company provide all our customers unlimited services, cleaning world, whether cleaning apartments, villas, houses, mosques, public institutions, government, companies, offices, Whatever you want to clean, we provide you with the fullest We have the best trained workers who do all types of cleaning.
شركة تنظيف منازل بخميس مشيط
شركة مكافحة حشرات بخميس مشيط
شركة تنظيف بابها
شركة تنظيف فلل بابها
شركة تنظيف منازل بابها
شركة مكافحة حشرات بابها

The best glass facade cleaning company in Riyadh relies on the latest advanced machinery and equipment that are used to clean large facades, and the cleaning and polishing process takes place in a short time, so that the place does not hang for a long time. The company provides the service of a large team of customer service personnel, who are present throughout the day in Serving the company's valued customers.
شركة تنظيف واجهات زجاج بالرياض

Most valuable and fantastic blog I really appreciate your work which you have done about the electricians,many thanks and keep it up. Very useful info. Hope to see more posts soon! I really like to read this post, it shares lots of information to readers.a

They pretty much had to bestow such honors upon themselves because the employees they squeezed to earn their large fortunes weren’t going to do it.
pakistani wholesale salwar kameez ,
wholesale pakistani salwar kameez online ,